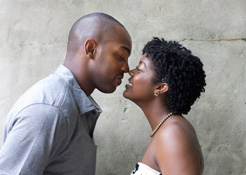 Is romance dead? It depends on your definition of the word. Do you consider the epitome of romance to be heart-shaped boxes of chocolate, candle-lit dinners and walks on the beach at sunset?

Or perhaps you believe romance can be incorporated into everyday occurrences like giving your date tickets to a sporting event or concert or a book by his or her favorite author “just because.”

While the concept of ‘love’ has existed for centuries, the idea of ‘romance’ is relatively new. In fact, courting rituals such as reciting flowery poetry and singing serenades became common in medieval times when men began following the lead of lovelorn characters in stage productions and written verse. By the dawn of the Victorian Era, romantic love was viewed as the primary requirement for marriage and courting became an art form among the upper classes.

But is it realistic to expect the same romantic gestures told in fairy tales (or in Jane Austen favorites) to be applicable for today’s dating expectations?

If you go in search of ‘how to be romantic’ on the Internet or in books, you’ll find lists of ‘stuff’ that has become very popular in recent decades such as flowers, candy, love letters, candlelit dinners and poetry. While some still consider these things to be romantic, perhaps romance has evolved. In today’s world, there are endless ways for a date to be romantic. Perhaps taking a hike, having a picnic, roasting marshmallows in the fireplace while watching the Super Bowl, or working a crossword puzzle over coffee will melt your date’s heart.

The key is figuring out what the other person thinks is romantic. A first step toward that is to decide what you actually want and need in the way of romance. To determine this, here’s an intriguing activity to do:

In closing, romance isn’t dead. With just a little thought and communication, you and your date can easily get on the same page about what “romance” means to you.