The Impact of Adult Infidelity on Children 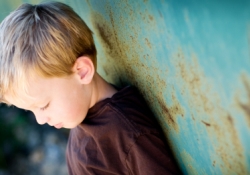 “She’s too young to know what’s going on,” or “Kids are resilient.”  Do either of these statements sound familiar?  Regardless of age, children know when something is not right in the family; infidelity is no different. Unfortunately, even if parents try to keep the truth from the kids, the children often manifest behaviors that reveal they knew what was going on all the time.

According to Dr. Ana Nogales, author of the research study and book “Parents Who Cheat:  How children and adults are affected when their parents are unfaithful,” a number of feelings and behaviors are exhibited by children whose parents cheat. “Whatever their age, children whose parents have been unfaithful often react with intense feelings of anger, anxiety, guilt, shame, sadness and confusion. They might act out, regress or withdraw…they may feel pressured to win back the love of the cheating parent or to become the caretaker of the betrayed parent. The bottom line is that when parents are role models of infidelity, their children can’t help but react.”

Nogales bases her findings on the more than 800 respondents to the Parents Who Cheat Survey conducted in 2009 as well as interactions with her own clients. The survey shows several core responses experienced by sons and daughters of every age once they discover one or both of their parents has been unfaithful. Nogales identifies these specific emotional consequences:

Loss of trust – When children (of any age) learn of a parent’s infidelity, they usually find it extremely difficult if not impossible to trust that someone they love will not lie to them, reject, or abandon them. They very often learn not to put their faith in love; they may also feel that they are not worthy of receiving monogamous love.

Shame – A child may feel as if the betraying parent’s sexual transgression is a black mark against him and the rest of the immediate family. If the child has been pressured by the cheating parent to “keep the secret” of their infidelity, the child is left with an added and unwarranted burden of guilt.

Confusion – Children often draw the conclusion that marriage is a sham and love is an illusion. When parents stay married even though one or both parent(s) continues having affairs, the effect on children is profound confusion about the meaning of both love and marriage.

Anger and ambivalence toward the betraying parent – When infidelity partially defines a parent’s character, a son or daughter often feels torn between feelings of anger and yearning. Some even express this emotional conflict in terms of there being two mothers or two fathers – the one who used to be their parent before the affair came to light (who was deserving of their love) and the one revealed to them when the infidelity was revealed (whom they now “hate”).

Acting out – Rather than confronting sad, angry, or confusing feelings directly, children may exhibit behavioral problems during childhood, sexual acting out during adolescence, and intimacy avoidance or sexual addiction during adult years. Issues of promiscuity may arise in an attempt to play out what a child perceived from his parents about the casualness of sex and the impermanence of love.

Relationship expert and author of “Surviving an Affair” Jennifer Harley Chalmer, Ph.D. writes, “Problems in a marriage are hard on children. They undermine the basic security needed for them to learn and grow. But to add infidelity to the mix turns a problem into a disaster. Parents who have an affair are teaching their children very important rules that are likely to be followed for the rest of their lives. It ultimately not only undermines their marital relationships but it also seriously hurts their own chances for success in most other areas of life.”

The good news?  Even after the mistake of an affair, it is possible to make a conscious choice to change the consequences. With the help of marriage and relationship education (for the parents) or counseling (both for the parents and the children), couples can begin to repair their relationship and model healthy relationship skills for their children. “It’s extremely difficult and very humbling,” says Dr. Chalmer, “but (in my experience) couples who are motivated to save their marriage have also been able to correct the lessons they have taught their children.”