Too young to get married? See what the experts say.

Home / Educational Content / Articles / Too young to get married? See what the experts say. 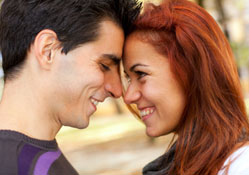 Exactly what age is the right age to get married? This question has been debated by many and resolved by none. In today’s society young people are waiting later to get married. Why? Scarily-high divorce statistics show that nearly 50% of marriages end in divorce, and that 60% of all couples who marry between the age of 20 and 25 divorce. However, researchers note that divorce rates are down for the better-educated. This leads to even more questions: Are we not taking marriage seriously enough? Are couples getting married too young?

Those who believe that people should marry in their early to mid-20s say it’s a great idea to marry at this age because the “mating pool” is much larger; couples can “grow up” together; and it’s prime for childbearing. However, others advocate for the late 20s and early 30s, citing that maturity makes for happier marriages and more stable economic security; therefore, making divorce less likely.

Sociologist Paul Amato of Pennsylvania State University and co-author of “Alone Together: How Marriage in America Is Changing” believes he has found distinct benefits to marrying older.

“We found that the delay in marriage was actually a good thing and it improved the average marital quality by a fair amount,” said Amato. “Older marriages (30s versus 20s) were more cohesive in the sense that they did things together more often as a couple, and couples who married at older ages were less likely to report thinking about divorce or that their marriage was in trouble.”

Another factor contributing to the decline of young marriages is individualism. Author and sociologist Andrew Cherlin of Johns Hopkins University discusses this relatively new trend in his book “The Marriage-Go-Round: The State of Marriage and the Family in America Today.”

“People are more concerned with their own self-development than they used to be,” said Cherlin. “Therefore, people are postponing marriage until everything in their lives is working ‘in order.’ The order means after you’ve finished your education, perhaps after beginning your career…they’re postponing marriage until they think they’re ready for it.”

Kay Moffett, author of “Not Your Mother’s Divorce: A Practical Guide to Surviving the End of a Young Marriage” says, “Many couples who marry too early haven’t achieved a fully formed self…because of this I advise couples to wait until they’re in their late 20s to marry. This allows for a period of identity exploration and a time to figure one’s self out.” She adds, “Most couples who plunge into wedlock early do so for the wrong reason. They’re simply too excited about their relationship, about being married…some are adrift in terms of family relationships, schooling or careers.” Moffett concludes that those who wait are better equipped to survive the post-honeymoon surprises. “Couples who have dated more are not so shocked, they tend to see their partner in a more realistic light,” says Moffett. “They don’t idolize marriage or their partner, they have the capacity to evaluate and make compromises regarding their partner’s flaws.”

Many young adults are holding off on marriage, while maintaining a single-but-together status that can last for years. This may be one of the reasons the age of first marriages has been climbing steadily for all racial, ethnic and socioeconomic groups. The average age is now the oldest since the U.S. Census started keeping track in the 1890s: almost 26 for women and 28 for men. While it’s well documented that people who marry before the age of 20 are two to three times more likely to divorce, studies are still trying to determine whether marrying at a specific age can improve relationships and sustain marriages.

How do you know if you’re too young to wed? Here are some things to consider:

No one can say for you how old you should be when you marry, but no matter what your age, be sure you consider what factors are important to you in deciding when marriage is right for you.